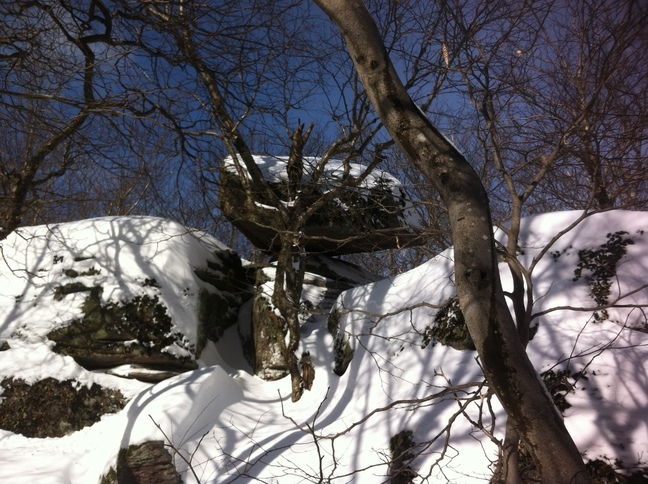 On Friday, March 8, 2013, I caught the 9:30am bus from Port Authority to New Paltz, on Adirondack Trailways. I arrived a little after 11am, and got a ride from Lee's Taxi to the Long Path trailhead at Peekamoose road, 40 miles north and west.

From there, I began to hike north. An unexpected snowfall had started the day before, and continued to fall, covering the trail in about two inches of fresh powder. It was overcast and a little windy, but the temperature was perfect. The trail on the ground was not visible, but the blue markers were easy enough to pick out.

As I neared the top of Peekamoose Mountain, the hard ground beneath the powder gave way to deeper and deeper snow, of varying compactness. It became very difficult and draining to move even five feet. It was unpredictable and frustrating. I began to wish I'd brought snowshoes. 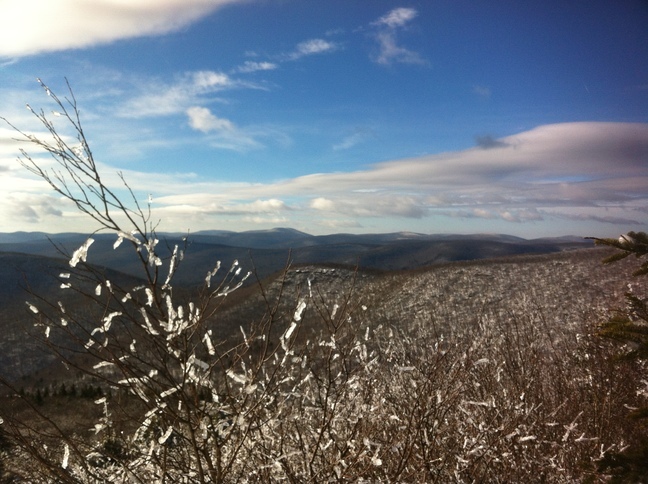 In spite of this, my spirits were high. The forest, Sundown forest, was very beautiful.

Towards evening, the cold and my frustration grew. At times, it seemed I was moving only 10 feet per minute that passed. My frustration turned into fear, nearly panic. It became more difficult to follow the trail as the daylight, along with my strength and focus, faded. I don't know that I've ever wanted anything as badly as I wanted snowshoes, then.

Eventually, I made it to Table Mountain Lean-to. I was out of water, and couldn't find the spring in the dark, so I stuffed my water bottles with snow and tucked them in my sleeping bag. These gave me enough water during the night to keep me from getting too dehydrated. 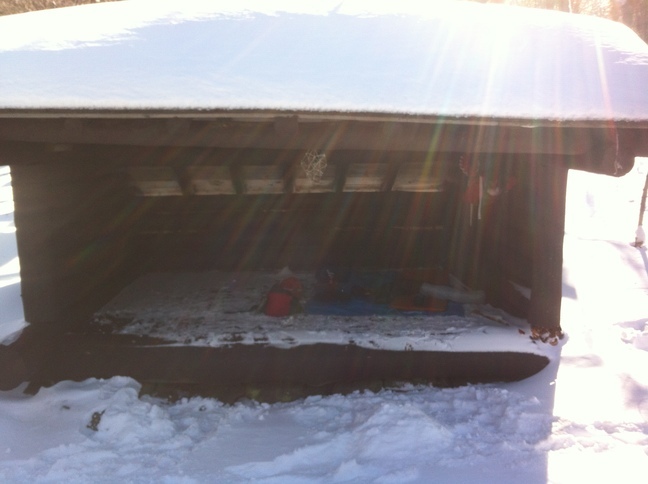 The next morning, I melted some snow and left the lean-to. The nearby spring was frozen, so I was counting on finding running water towards the bottom of Table mountain.

My movements were still annoyingly halted by the snow. The best thing to do, I learned, was just to walk very slowly, waiting until my back foot had sunk as far as I thought it would before trying to shift weight to the front foot.

Luckily, I passed a group of snowshoers going the opposite direction. Through their combined treading, I gained the advantages of a trail now made visible and compact, saving me a lot of time and energy. 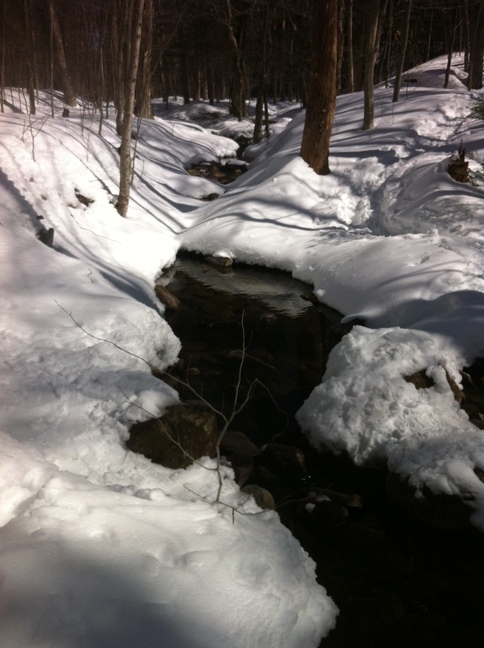 I reached Donovan Brook, refilled my water bottles, and had lunch.

A couple hours, and only a couple miles, later, I began the ascent up Slide Mountain. 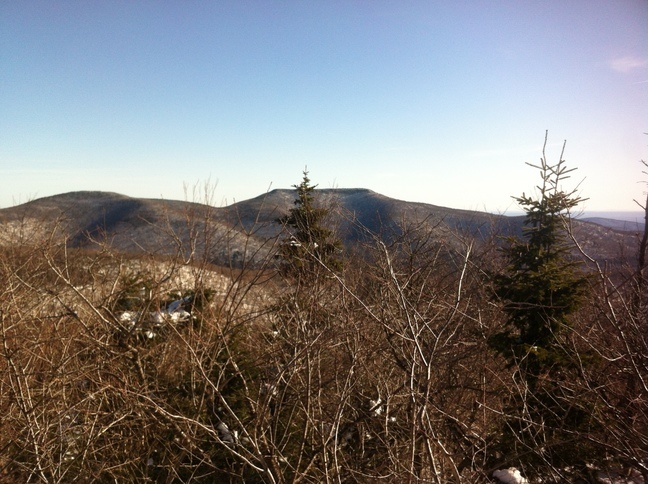 I was concerned that, given my slow pace, the size of Slide, and my exhaustion from over-exerting myself the previous day, I wouldn't make it to the designated campsite on the opposite side of Slide. Granted, I could have set up camp anywhere I pleased, but there's something comforting about spending the night in a lean-to or designated primitive campsite.

However, thanks to the many snowshoers and hikers who had tread the path before me, I was able to move quickly up and down Slide. 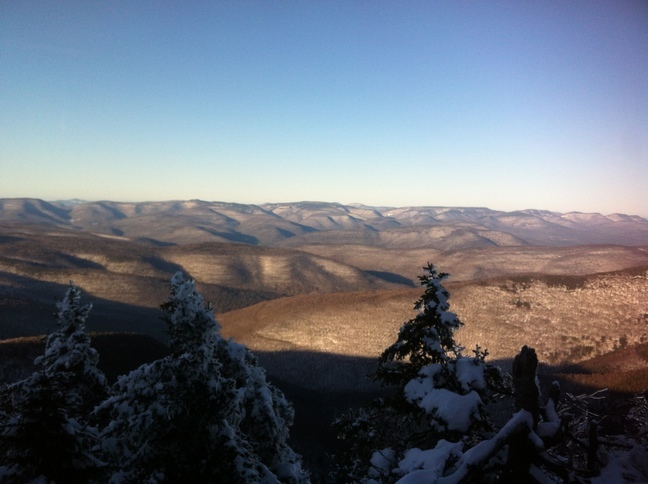 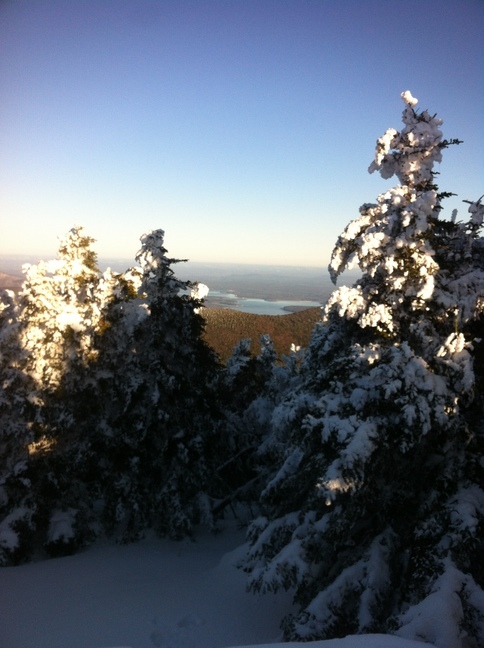 I made it to my campsite with over an hour of daylight to spare, giving me plenty of time to set up my tent, and even read a few pages from my book. Once again, the near by water source was useless. I couldn't find it, and it was probably frozen, anyway. Luckily, I'd filled a 2 liter bladder with water at Donovan Brook, which was enough to last me through the night and the next day. 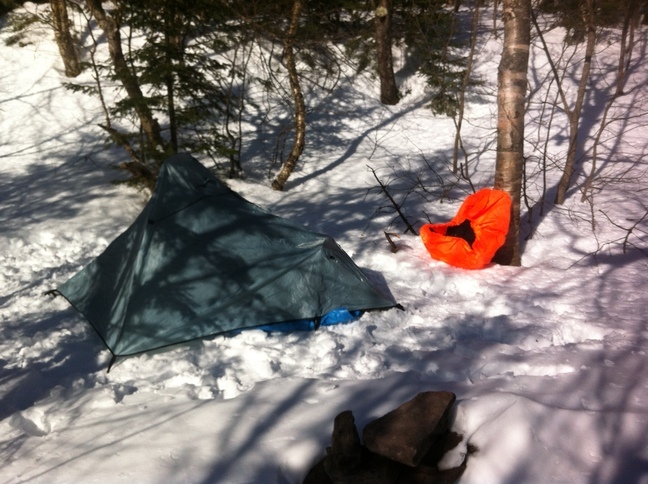 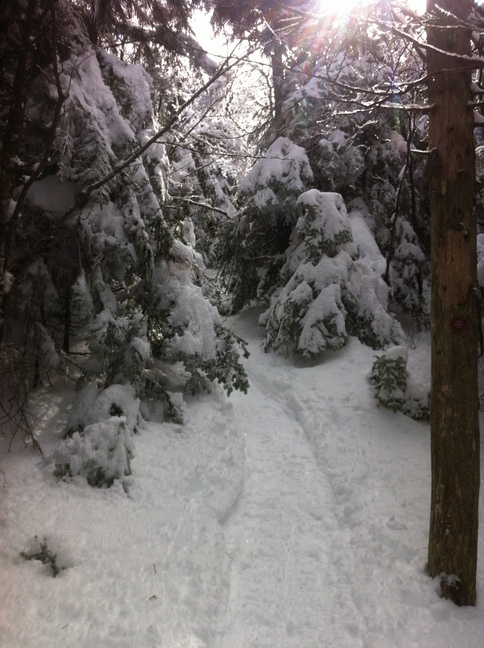 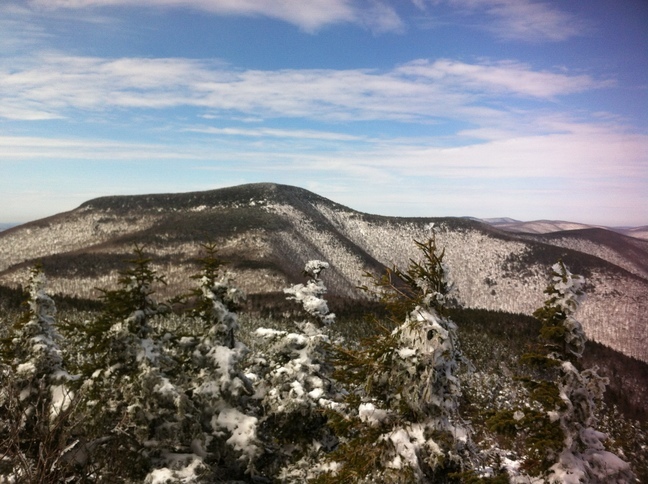 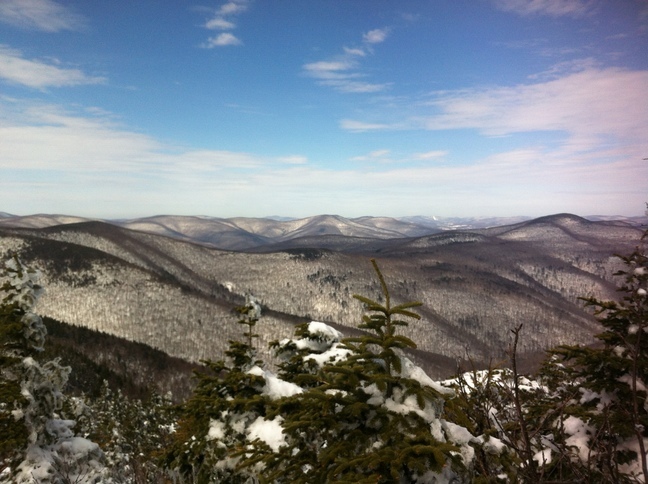 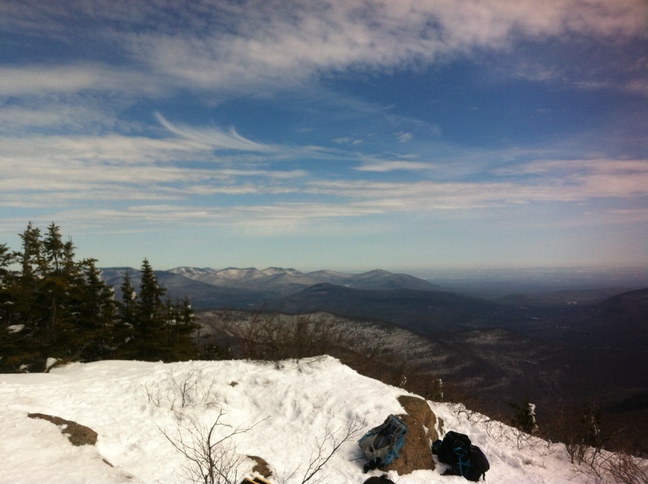 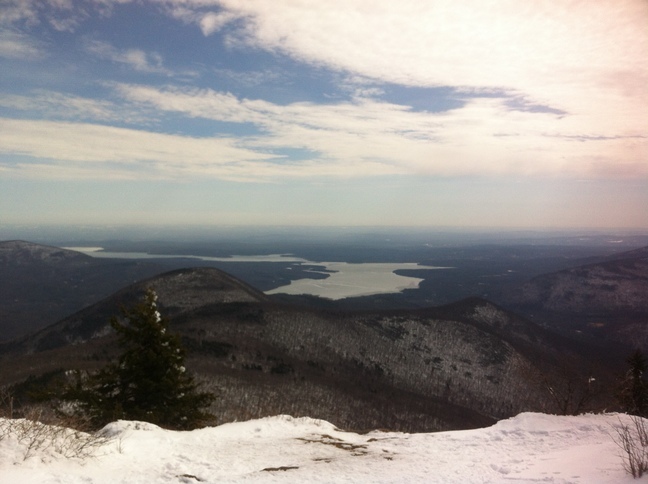 After that, it was all descent. Around 3pm, I reached Woodland Valley Campsite. I briefly debated continuing on along the Panther - Giant Ledge - Fox Hollow trail, but decided not to. I walked a few miles towards Phoenicia along Woodland Valley Road, and was lucky enough to hitch a ride the rest of the way. From there, after the customary two-slices-of-pizza-and-an-orange-soda, I caught bus back to Port Authority.